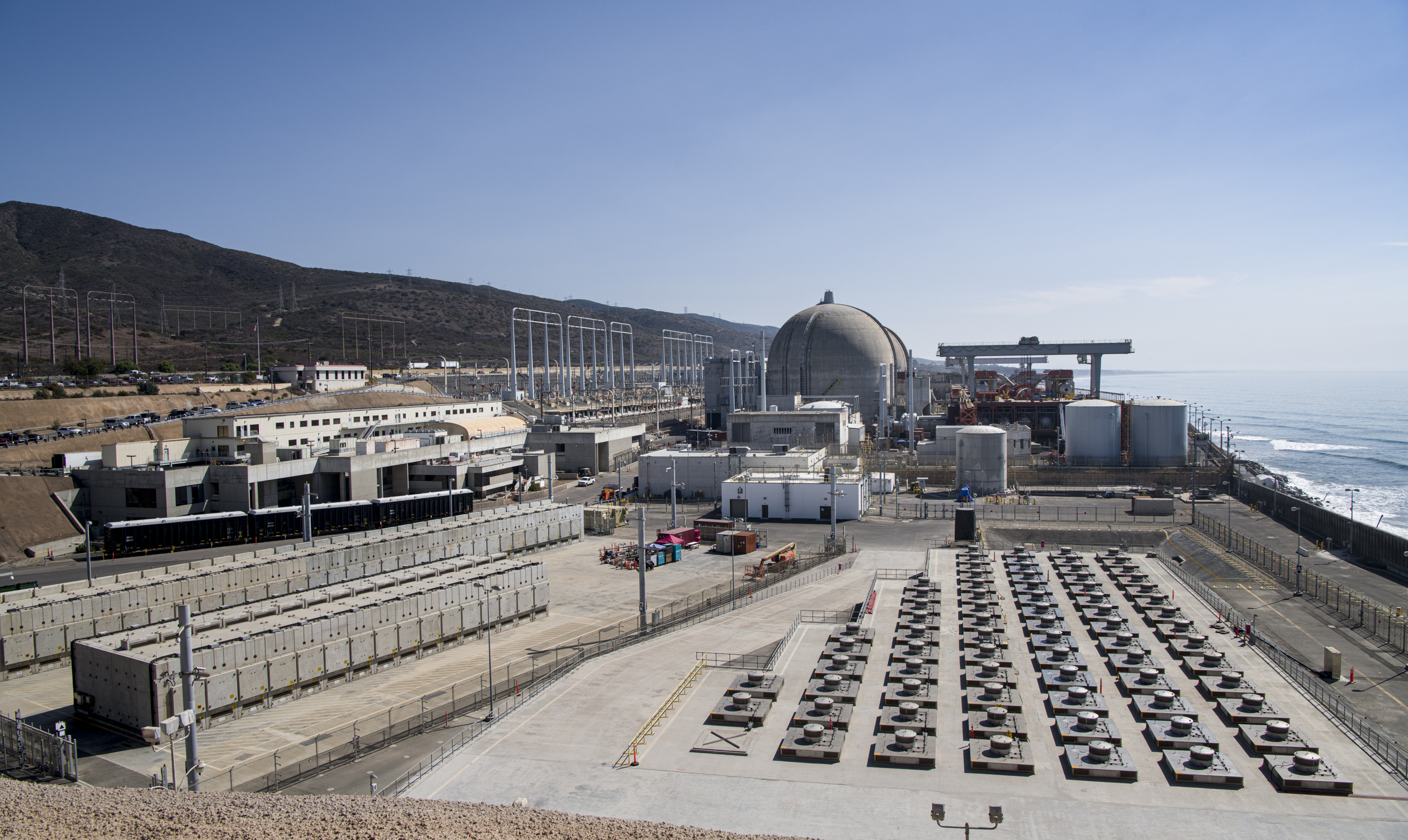 SAN DIEGO, CA (August 17, 2021) – The San Diego County Board of Supervisors today adopted a resolution in support of Action for Spent Fuel Solutions Now, a coalition formed to advocate for the relocation of spent nuclear fuel from the San Onofre Nuclear Generating Station (SONGS) to an offsite federally licensed storage or disposal facility. Supervisors voted 5-0 in favor of the resolution, joining Orange County, the Capistrano Unified School District, and the City of San Clemente in lending support to the coalition.

“The removal of spent nuclear fuel from SONGS has long been a priority for me and for San Diego County,” said Supervisor Jim Desmond, a coalition founding member and co-chair who represents the district where SONGS is located. “By joining the coalition in a unanimous, bipartisan vote, my colleagues and I have reaffirmed this commitment and taken action to advocate for a federally supported offsite solution for spent fuel storage and disposal.”

“I want to thank the San Diego County Board of Supervisors for its formal support of our efforts to find an offsite, federal solution for the 123 canisters of spent nuclear fuel currently housed along our coast,” said Orange County Supervisor Lisa Bartlett, founding member and co-chair of the Action for Spent Fuel Solutions Now coalition. “We must stand together, in the shared interest of both communities, to strongly advocate for immediate action by the federal government on this important and time-sensitive issue,” she said. “The time is now for the federal government to fulfill its obligation and begin the process of removing the spent nuclear fuel from our coastline,” continued Bartlett.

Southern California Edison (SCE) retired SONGS in 2013 and has since moved the spent fuel into dry storage, where it sits today with nowhere to send it. Under the Nuclear Waste Policy Act, the federal government was required by law to take possession and begin disposing of spent nuclear fuel in 1998. However, they have yet to deliver an offsite solution. This must occur in order for SONGS to be fully decommissioned and for the land to be restored and returned to the U.S. Navy to support its national defense mission of training Marines.

“SONGS decommissioning work has been underway for some time, providing jobs for our members,” said Valentine “Val” Macedo, Business Manager/Secretary-Treasurer of LiUNA Local 89 and an Action for Spent Fuel Solutions Now member. “Today’s vote is a critical step forward to help ensure we will be able to find a federal solution, remove the spent fuel and complete the full scope of decommissioning work.”

The San Diego County Board of Supervisors vote comes at a time when increased activity at the federal level shows potential movement toward an offsite, consent-based interim storage solution, providing the coalition and its members throughout Orange and San Diego counties with an opportunity to make their voices heard during that process.

On July 29, the House of Representatives passed H.R. 4502, an appropriations bill that includes $18 million for planning related to transportation, storage and disposal of spent nuclear fuel and directs the Department of Energy (DOE) to continue site preparation activities at “stranded” sites like SONGS. The legislation also designates $20 million for activities related to consolidated interim storage and directs the DOE to move forward with a consent-based process to identify a site for a federal interim storage facility. Recent statements from DOE Secretary Jennifer Granholm, suggest that the department will soon launch this process, following more than a decade of inaction.

In addition, Congressman Mike Levin (D-CA), who represents the district where SONGS is located, recently announced the formation of a bipartisan Spent Nuclear Fuel Solutions Caucus along with Congressman Rodney Davis (R-IL). The caucus plans to pursue consent-based siting for interim storage facilities and explore other policies and solutions for the nation’s spent nuclear fuel.

Following this important vote, the Action for Spent Fuel Solutions Now coalition will continue to build its membership locally and work with key leaders at the state and federal levels to secure offsite solutions for the spent fuel at SONGS and other sites across the country. The coalition’s diverse membership includes local governments, elected officials, utilities, environmental groups, labor leaders, Native American leaders, school districts, business organizations and other community members who support the relocation of spent nuclear fuel.

Action for Spent Fuel Solutions Now is a new group of local governments, elected officials, utilities, environmental groups, labor leaders, Native American leaders, business organizations and other community members who support the relocation of spent nuclear fuel to a federally licensed facility away from our coastline. Our founding members include representatives from the County of Orange, County of San Diego, Southern California Edison (SCE), San Diego Gas & Electric and the City of Riverside. For more information about Action for Spent Fuel Solutions Now, visit spentfuelsolutionsnow.com.

For information about SONGS, visit songscommunity.com